we’re not in kansas anymore… 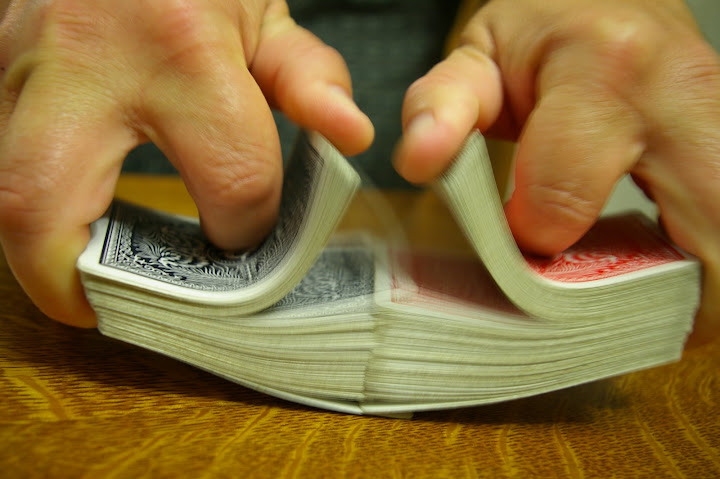 but we were last weekend!Â  we had a fun time visiting mr. h-s’s family (although i very much regret that i seem to have forgotten to photograph any people–only other random stuff.Â  what was i thinking?!) and chatting about quilting and family news and going to a local farmer’s market and shopping for fabric (i’ll show you a picture of my loot later). 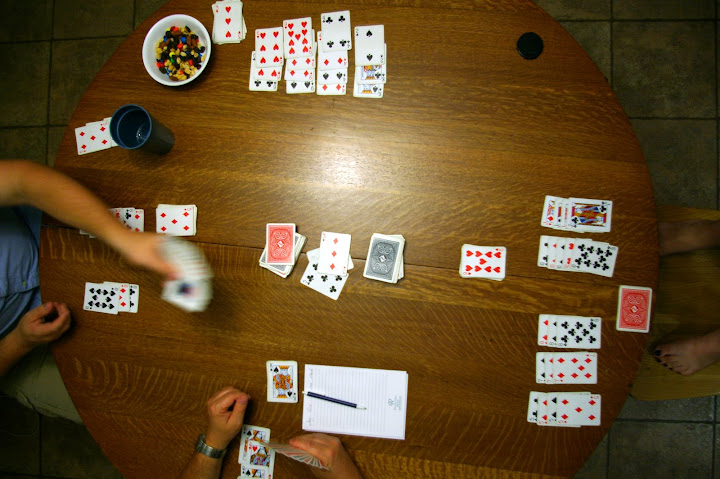 of course, we played our traditional marathon-length games of hand and foot (some of the rules in that link look familiar, others do not, but you get the general idea).Â  i think i came in last place for all of the different rounds we played, but i still managed to enjoy myself.* 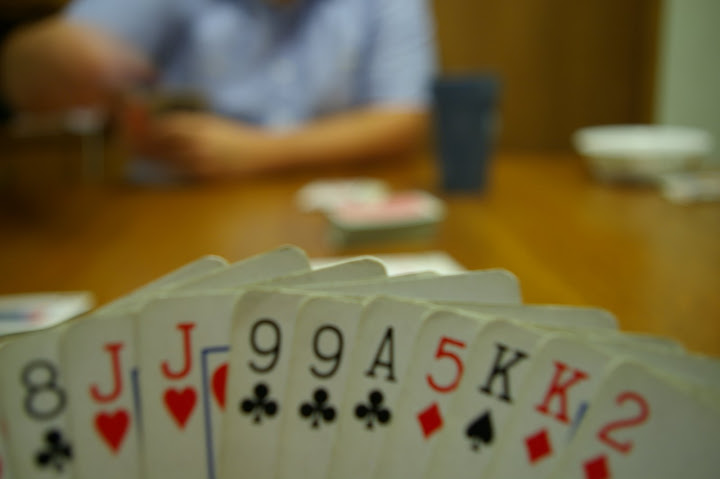 our ride home last night saw some very interesting and exciting weather.Â  as we pulled into dubuque, my weather-watching husband noted on his iphone that a storm was on the way.Â  we decided to go ahead and stop for some dinner to see how the storm would develop.Â  have i told you how much i love the fact that my husband is a weather-watching fiend?Â  my whole life, i’ve been terrified of tornadoes.Â  i used to cry during tornado drills in elementary school because i always thought there really was a tornado and that it was going to blow my house away and i’d never see my family again.Â  how reassuring that i now live with a man who has lived through at least one really bad tornado and his memory of the event is that he and his classmates were on their way home from a high school band competition and the bus pulled off to the side of the road and everyone had to get out and lie in the ditch and while some of his classmates wisely went low and responsibly covered their heads, my husband (and likely some of his buddies) lay on the edge of the ditch, chins propped on hands, watching the storm unfold on the horizon.Â  now, i trust that he knows when a tornado is likely to come and when it’s “just” a thunderstorm or hail or whatever.Â  i find that very reassuring.Â  anyway, back to my story.Â  after our dinner was consumed, the storm hadn’t really moved all that much and it wasn’t even raining yet, so we decided to head out and try to make it home.Â  check out these funky clouds: 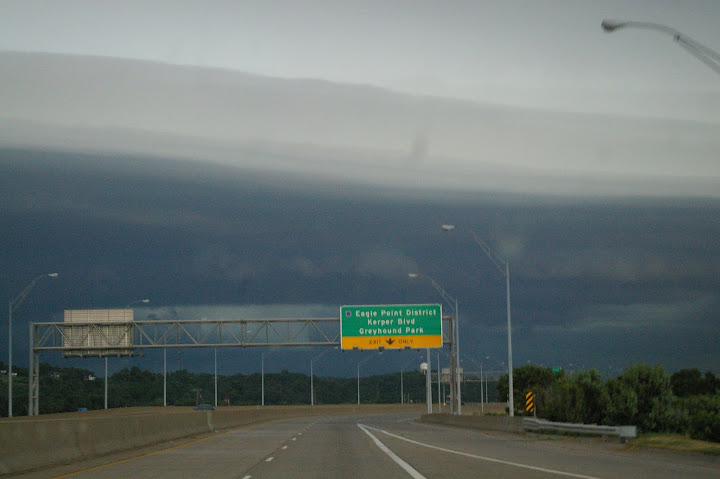 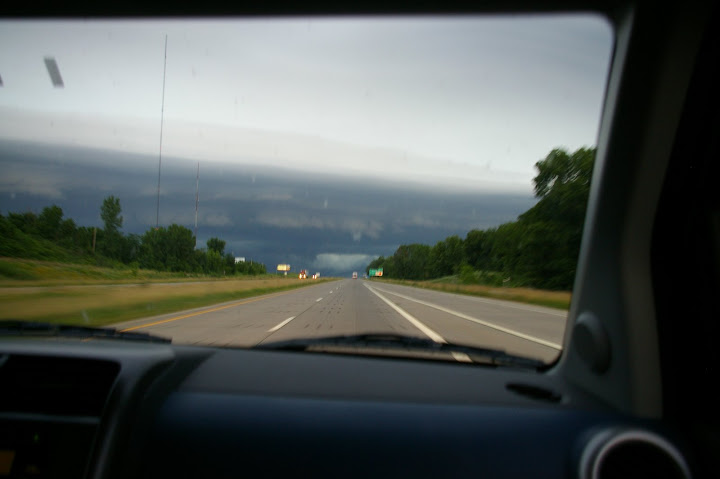 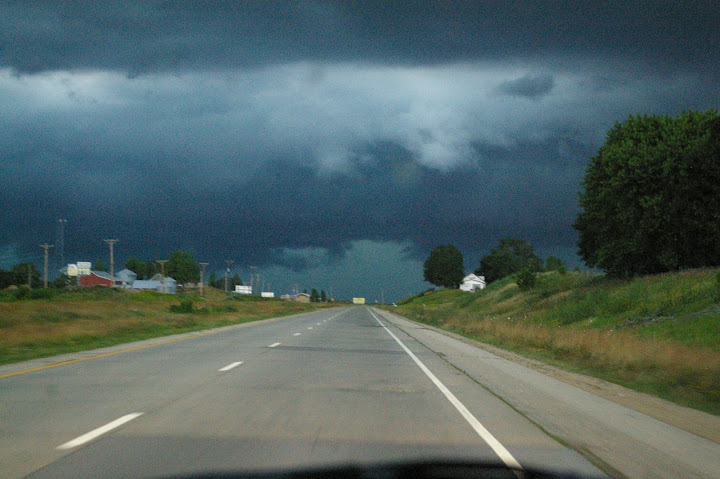 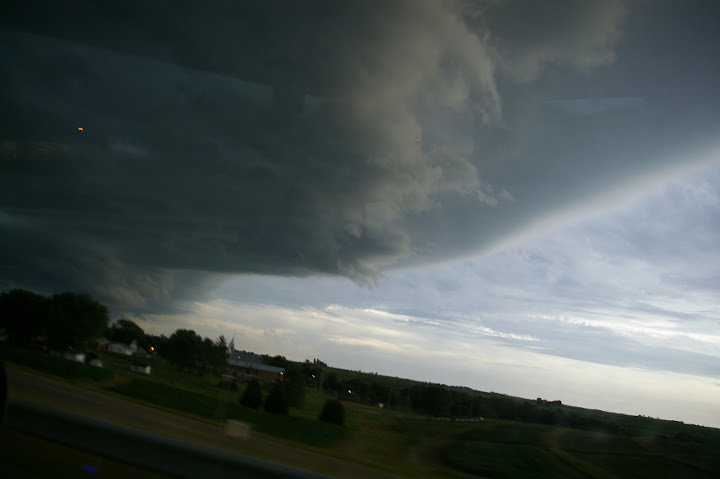 then the rain hit: 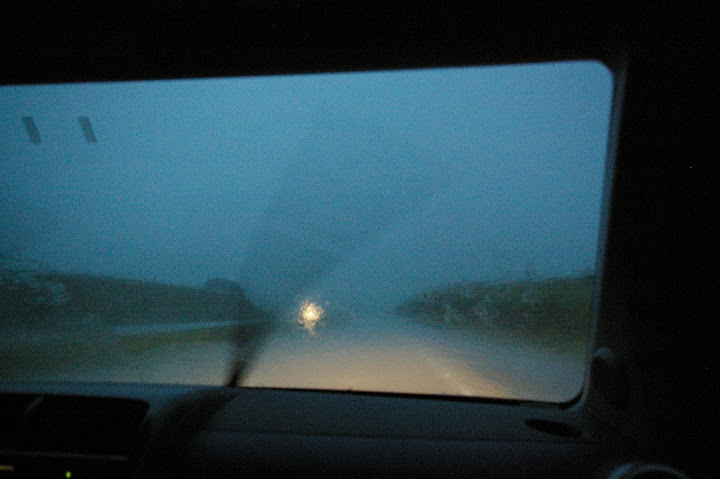 and the lightning flashed: 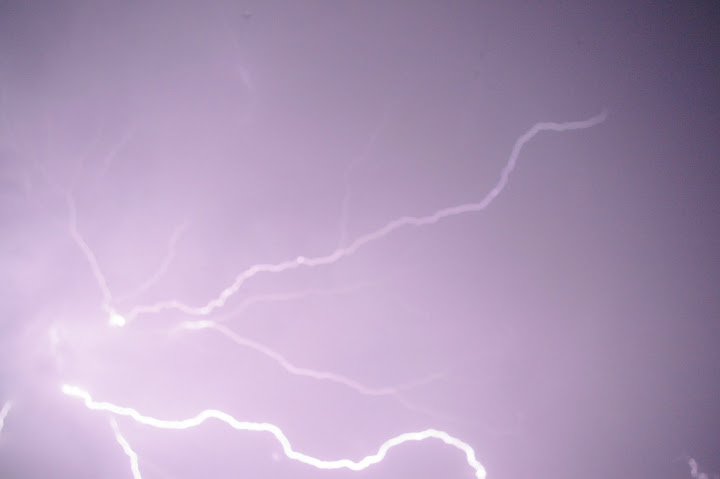 we did pull over into a dairy queen parking lot for a few minutes at one point when it looked like large hail might develop, but when it remained just heavy rain, we headed back out into the storm.Â  we made it home safely, no mishaps.Â  and even though there was this fantastic storm going on, there were still tons of flickering fireflies all over the fields.Â  (i think you can maybe even see some in that ominous picture three photos up from the bottom.)Â  that was probably one of my favorite parts of the driving on this trip.Â  in rural wisconsin/iowa, around twilight, the fields are just popping with tiny lightning bugs.Â  quintessential summer.Â  lightning and lightning bugs.

*for one thing, in the very first hand of the very first game, i managed to go out right before my father-in-law was able to play his foot.Â  he’d just picked it up the turn before (he’d had to discard to get into it, so he had to wait until the next turn to play the cards down) and after looking through the cards had waggled his finger at me and told me, “you’d better not go out this turn!”Â  now, if you knew my father-in-law, you would understand the sweet poetic justice of me doing exactly that and sticking him with a boatload of points.Â  he has done the same thing to me multitudinous times and this was the first time i’d ever been able to turn the tables on him.Â  wheeeee!

p.s. for another, completely unrelated (and very cute) series of photos by me, see this blog post.Â  i love it!

This entry was posted in stuff that makes me smile, summer, trip down memory lane. Bookmark the permalink.