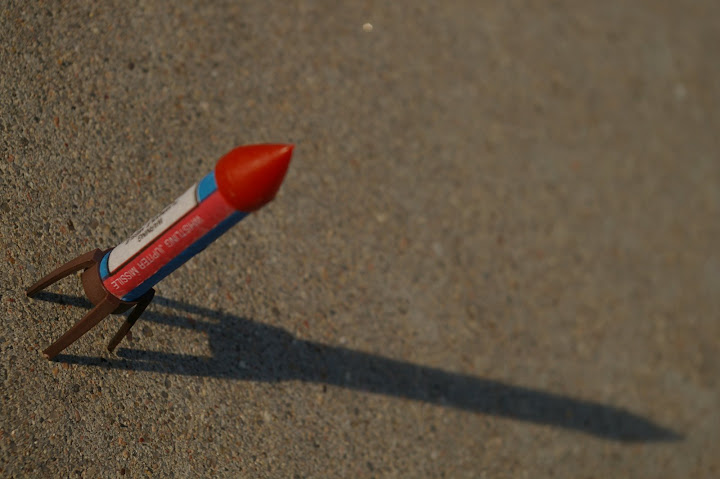 this year, we’re spending fourth of july weekend with my parents-in-law.Â  they live in small town america that’s too small to have their own big fireworks display, so instead, lots of local families shoot off their own fireworks.Â  we took a walk around the neighborhood last night (which was, at times, slightly terrifying) and were surrounded by booms and crackles and clouds of gunpowder smoke.Â  we eventually were walking through a newer development that had less people living there yet and no trees, so i took the opportunity, to turn around and look back over the town.Â  fireworks bloomed over the treetops from all over the several block area.Â  we’re also in a very flat part of the country, so we could see fireworks across the horizon as well from several miles away.Â  it gave a very different feel than other fireworks displays i’ve seen.Â  once i got past my fear of being hit in the head with a firework, it was fun! 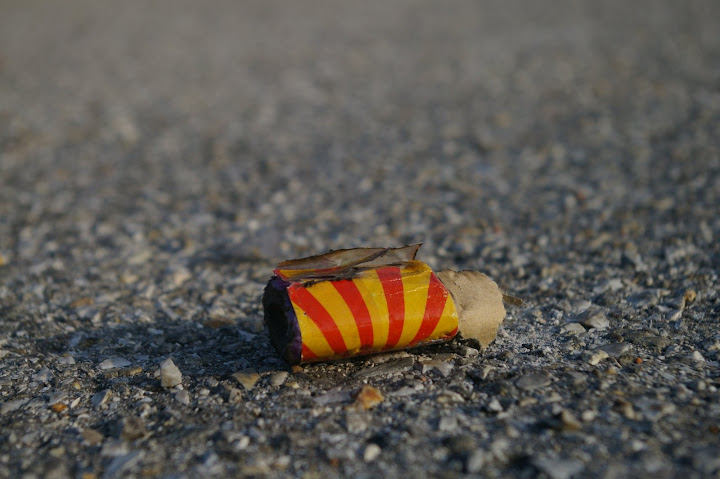 most of the evidence had been cleaned up by the next morning, but i found a few little colorful pieces this morning during my run.

This entry was posted in stuff that makes me smile, summer. Bookmark the permalink.