this morning on my way to work, i stopped and bought this: 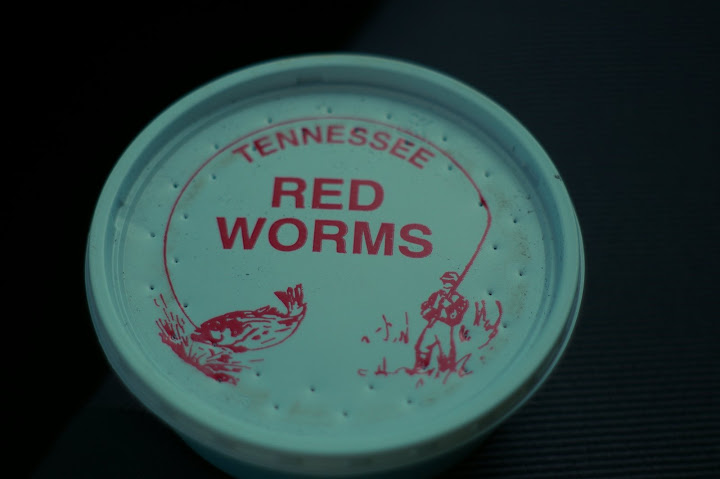 it’s a package of 50 (who counts these? and why did they have to ship them from tennessee?) racing red worms. well, actually, they didn’t know they were headed for the races, but i’ll bet they prefer that fate to the one on the front of their package.

i heard about worm racing for the first time a few years back. a fellow librarian was telling me that worm racing was so popular at her library that they do it every year. “real worms?” i asked, “of course!” she replied. and there began my education into the fascinating concept of worm racing. this librarian suggested i use red worms, but when i stopped at the bait shop this morning, i thought i’d get the shop clerk’s opinion. he suggested that night crawlers would probably be faster and stronger and when he showed me the worms, i agreed that they did indeed look bigger, stronger and faster, but since this was my first worm race (and since the shop clerk had never raced worms himself) i decided to go with the standard red worms.* aren’t they cute? 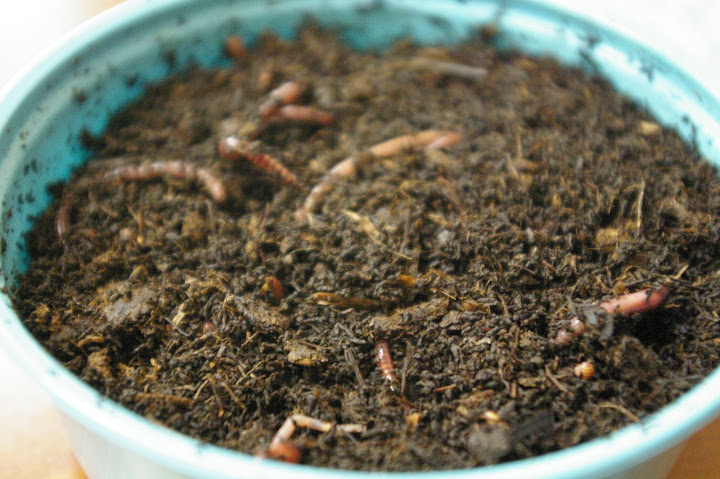 if you’re curious about the mechanics of a worm race, here are a few illustrative photos: 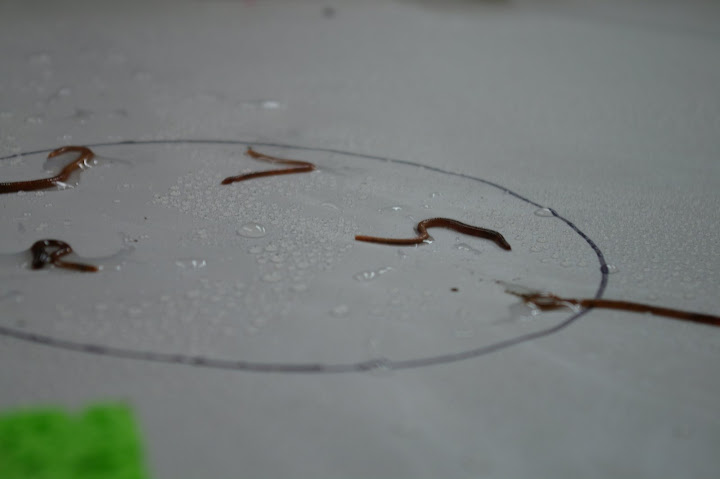 a damp surface helps them to move, but be careful not to drown your worm. 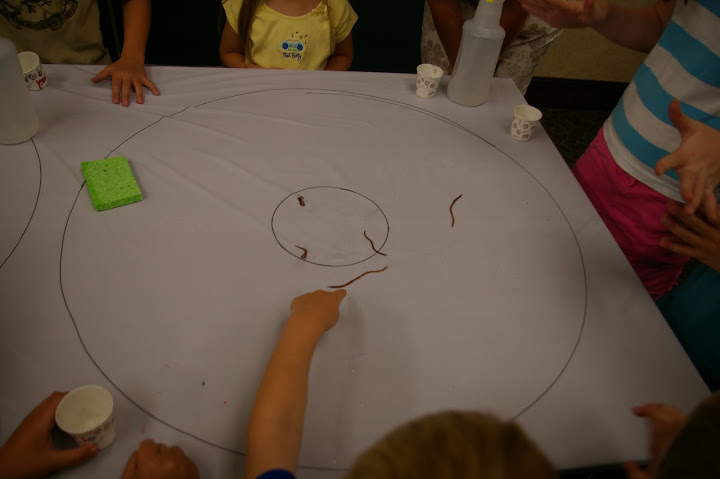 feel free to cheer your worm on as he/she journeys from the small circle towards the outer ring, but do not touch your worm! (that’s cheating.)

after the races were over (there were table champions and then a final championship, but no prizes were awarded to the winners) kids also had the opportunity to race paper worms (the ingredients are a strip of heavy paper, two pennies and a drinking straw. if you want more details, e-mail me.) and everyone received a “certificate of worm ownership” (unless they decided not to keep their worm and instead have me return it to the wild. i hope tennessee worms can survive a wisconsin winter….) which was my favorite part of the whole program because i got to hear what they’d named their worms. names ran the gamut from the expected “willie” “william” “wiggles” “squiggly” and “jiggly” to the pop reference “larry boy” and finally the surprisingly ordinary, including “bob” “emma” and “tim.” oh, and one worm named “long boy” which i mis-heard as “lawn boy.” the worm owner’s mother corrected my spelling, but admitted that she liked “lawn boy” better. despite the large crowd for this type of program (over 50 in our not-too-large meeting room) everyone seemed to have a wonderful time (despite one girl’s tears when her worm lost a race). and one parent thought it would be a brilliant birthday party activity for, say, 4 year old boys. me? i enjoyed the event enough that i’ll probably do it again whenever the summer library program theme lends itself to worms. maybe in 2010.

*i’m glad i did. turns out, for this type of program, you don’t really want a super fast worm. you need a worm that is somewhat motivated to move, but isn’t strong enough to escape a dixie cup or the timid grasp of a squeamish child.

This entry was posted in fun stuff, library stuff. Bookmark the permalink.