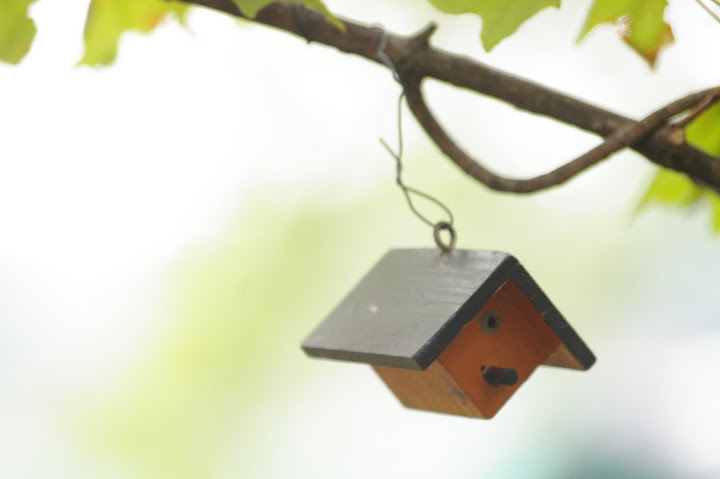 i just got back from a very relaxing weekend at a cabin that belongs to the parents of some very good friends. we went there two years ago for the first time and i had such great memories that i was very much looking forward to this trip and it did not disappoint. we drove up on thursday night after work, speeding our way to osseo for pie where i spotted this fun restaurant sign: 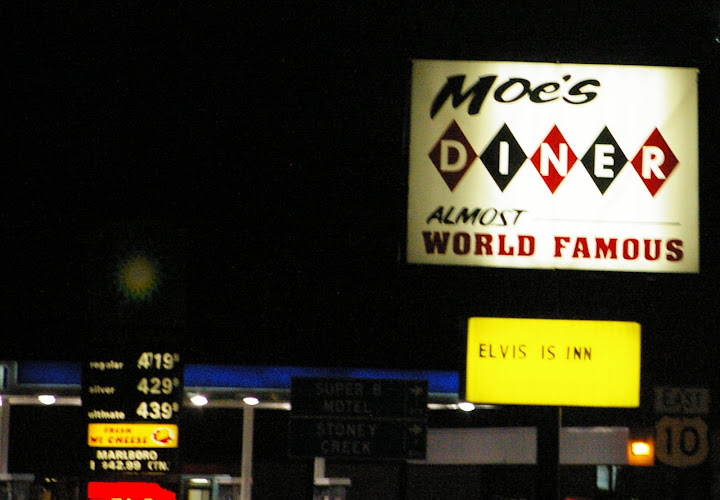 we barely made it to the restaurant (not moe’s, see link above) before they closed, but we got there just in time to buy a banana creme pie, a dutch apple pie, and a blueberry pie (the pie of the month!). it was worth the speeding! anyway, we pulled into the cabin late that night and sleepily rolled into our beds.

the next morning, we woke up, ate some yummy homemade granola (my recipe, but made by another friend) then made a master meal plan for the weekend. after some epic grocery shopping, we came back and made a large pasta salad for lunch and then had pie for dessert (actually, i think we had pie for dessert for almost every meal while we were there.). after that had had some time to settle, it was time to swim across the lake. if you read my post two years ago, you remember that after one false start across this 1/2 mile stretch of lake, i discovered the trick to overcoming my fears of deep open water–a pool noodle. so, once again, i grabbed my trusty noodle and this time swam all the way to the point and back! the noodle is mostly there as a “security blanket” and to give me something to hang onto if i need to adjust my goggles or just want to rest for a minute. when i’m swimming, i pretty much just push it ahead of me with my fingertips on each stroke or sometimes with the top of my head. 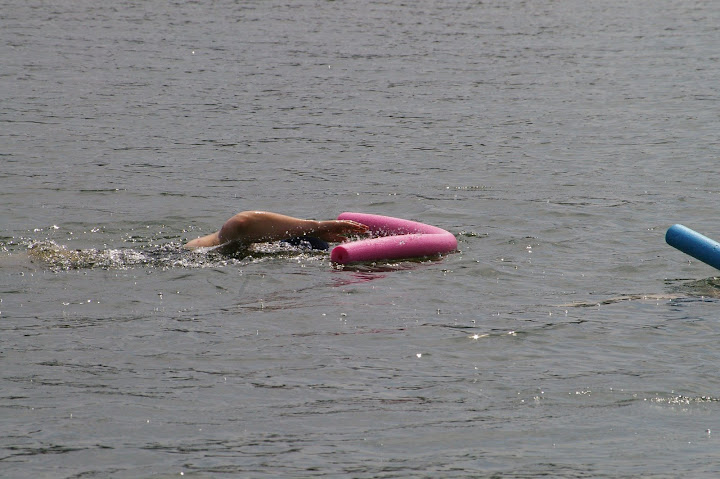 i realize that i will likely never get into the ironman competition with this technique, but it works for me for now. as you can see in the photo above, i am not the only one who uses a noodle to get across the lake. i was just thrilled that not only did i swim both there and back, but i wasn’t even exhausted at the end of the swim and i did it on both friday and again on sunday! on saturday, i paddled the paddleboat across (along with mr. happy stuff) while other friends swam. (you need a boat escort for safety so that other boats on the lake can see you.) they had a little too much fun during their trip across the lake: 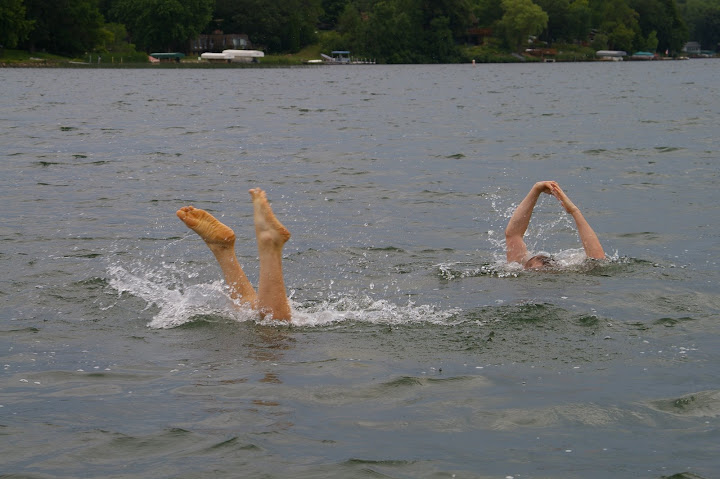 after their “somewhat synchronized” swimming show, they also did some hand puppets. we were in stitches!

our friends’ dog also enjoyed her time at the lake. she was in the water pretty much the whole weekend. by the last day, she was finally slowing down (she’s getting up there in years) and moving rather stiffly, but i love this series of shots of a boy and his dog: 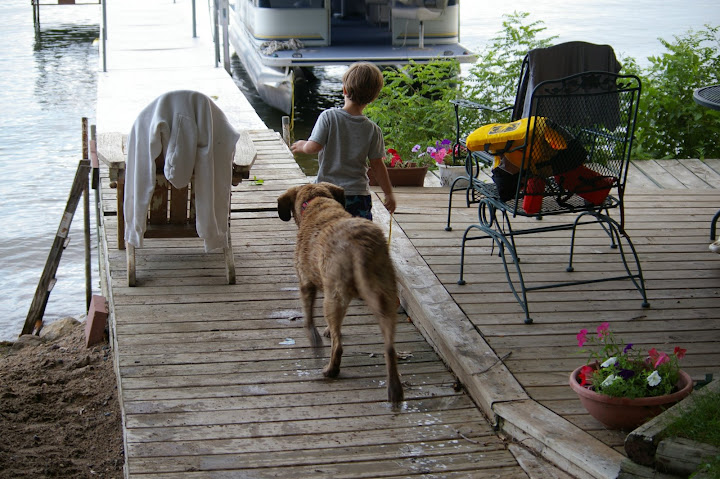 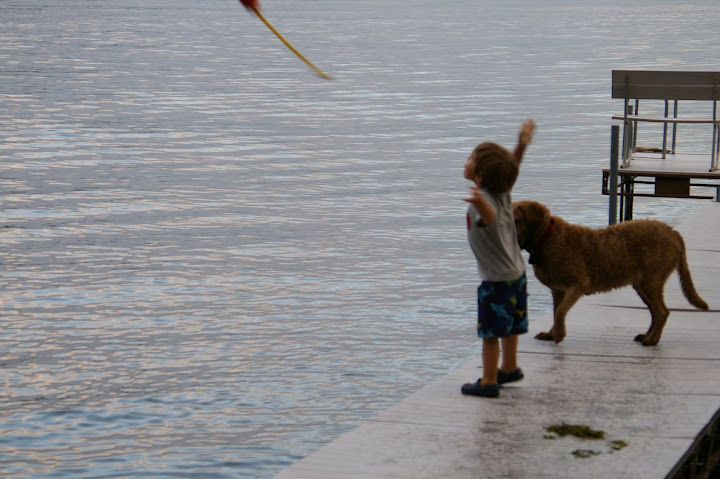 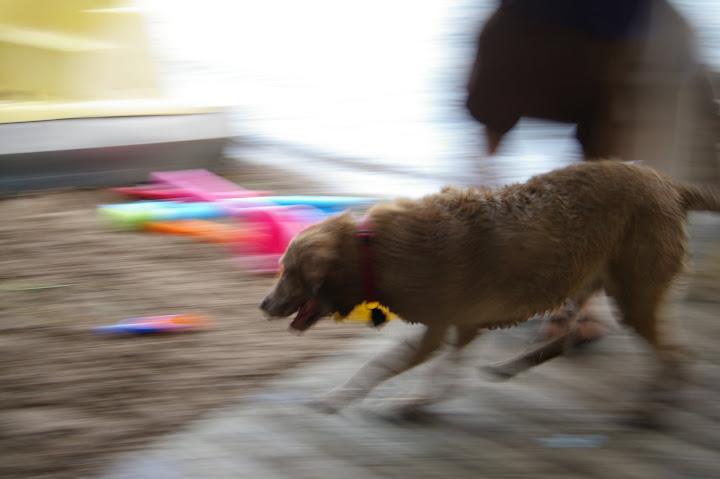 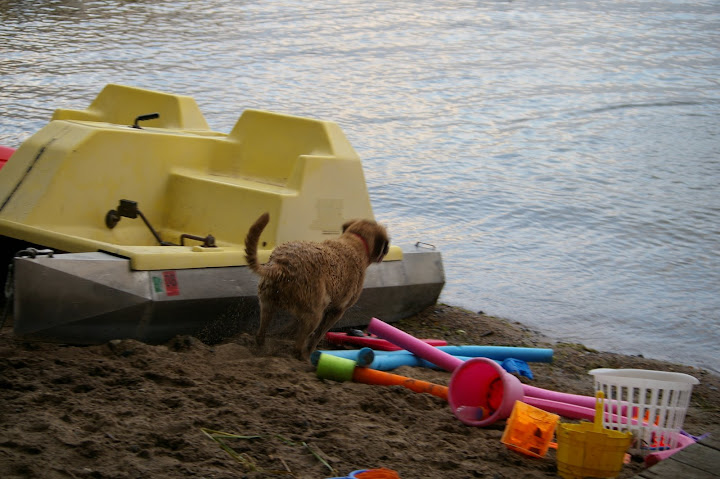 run down the beach and into the water! 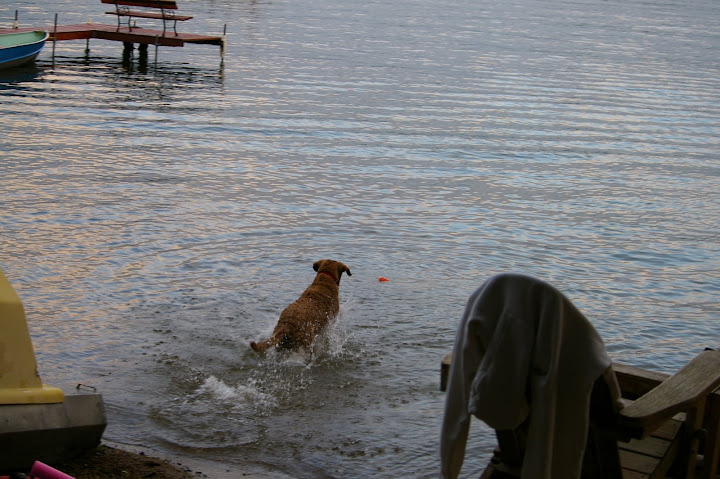 she was one happy dog! 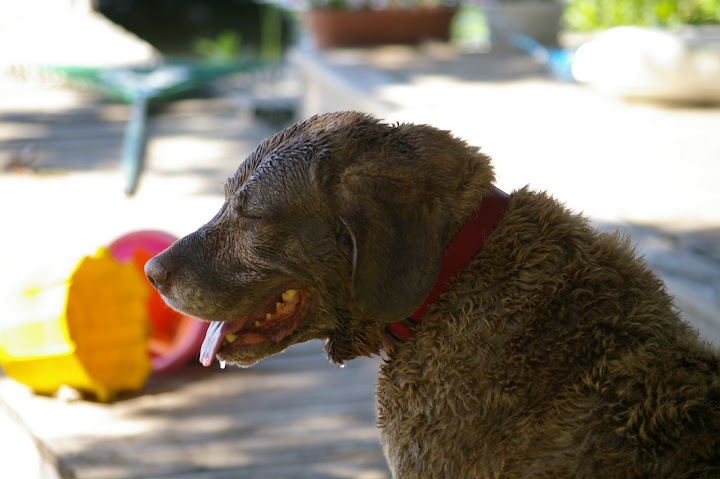 but then again, we were all pretty happy dogs. at one point, i asked mr. happy stuff why i liked this cabin and this lake so much and he said, “it’s because there’s nothing that we have to do.” and i added, “and yet so many fun options of things we can do if we want to.” there’s no sight-seeing, no rushing around to try to cram a whole lot of stuff in, there’s just the lake and the cabin and nice places to nap or play cards or read or just sit and chat with friends. oh, and one other awesome thing: 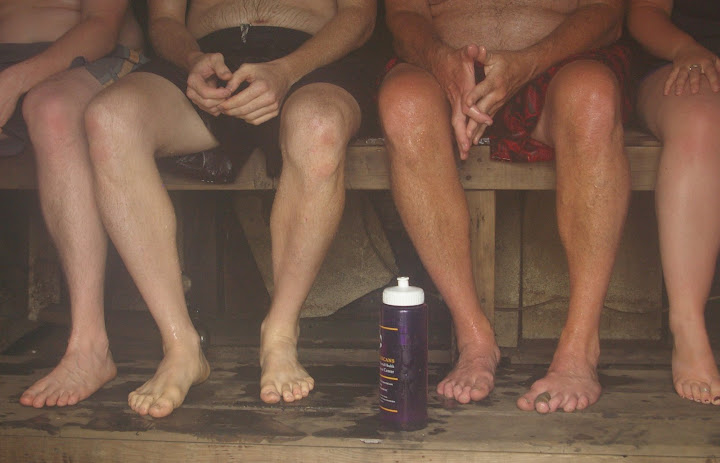 the sauna. what could be better than a deep, drippy, sweaty warmth produced by a wood-burning stove in a small wooden hut and a glass of ice water, followed by 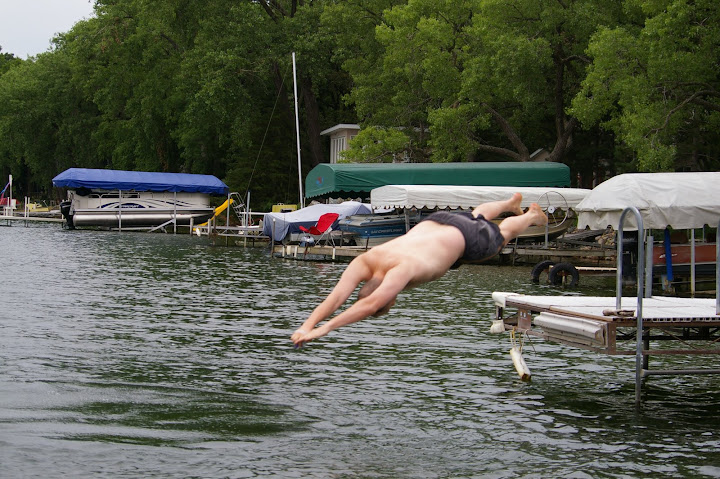 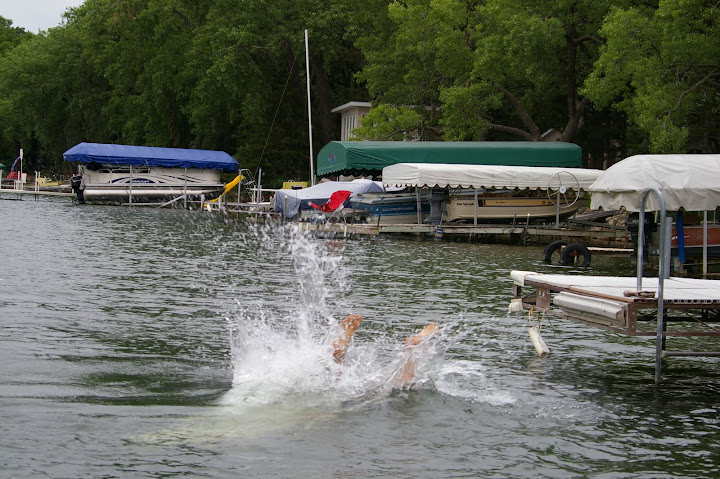 a plunge into the cold lake? many, many thanks to you, dear friends, for inviting us up for a most relaxing weekend. 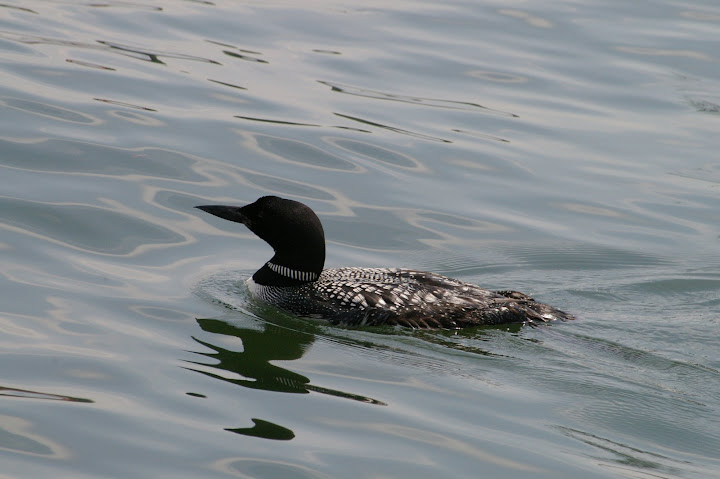 p.s. i also had a lot of fun cooking while i was there. we made homemade tortillas and grill pizza among other things. so much yummy food!

*this blog post title refers to a misunderstood lyric from the car ride up to the cabin. we were listening to the refreshments and i just heard a snippet from one of the songs and i said, “did he say ‘minnesota, por favor’?” and mr. happy stuff drily replied, “no, he said, ‘i can’t drink cervezas anymore, una soda, por favor.” but then i couldn’t stop giggling.

This entry was posted in sporty stuff, stuff that sparks a glow in my soul, summer, yum. Bookmark the permalink.