clean: day 20, which i learn that a little goes a long way in the blender 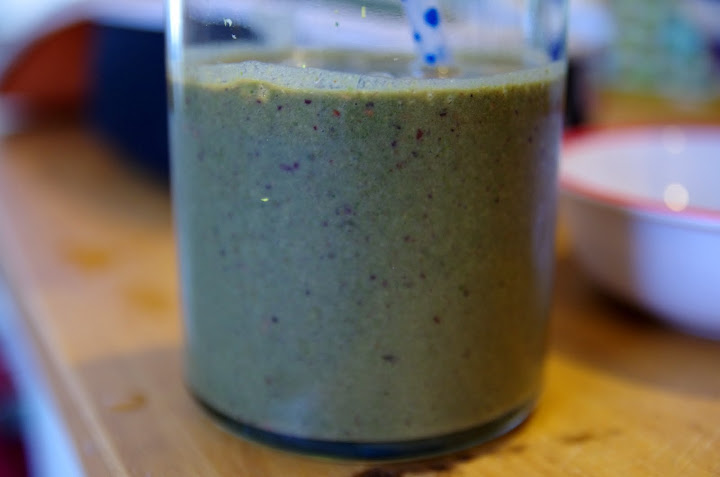 this morning i proved that you can hide a handful of spinach in the “pb&j smoothie” with no major effects to the flavor.Â  yum-o!Â  i also discovered that if you have three tiny slices of cucumber leftover from your child’s lunch box (and these are the skinny “baby” cucumbers) and you toss them into the blender because you don’t want to throw them away, they will flavor the whole smoothie.Â  beware.Â  cucumber is a lovely flavor, but only if that’s the flavor you’re hoping for.Â  mr. happy stuff described it as being a bit “too green.”

lunch was the rest of the tuna and white bean salad and more rice crackers.Â  no bloating from those either.Â  hmmm….

this evening on the way home, i made the mistake of stopping at a grocery store right beside one of those restaurants that vents their grill out into the parking lot to lure you in.Â  i don’t even like to eat at this restaurant, but the smell of grilled meat just about took me over the edge.Â  the thought of a smoothie for supper was definitely not cutting it for me.Â  so i thought i’d whip up another batch of black bean soup.Â  and just for fun, i thought i’d throw in some leftover chickpeas and the last little bit of roasted vegetables (including squash, parsnips and beets).Â  i didn’t really add enough broth and so it was really, really thick.Â  then, when i opened up the avocado for the garnish, i realized it was rather past its prime.Â  i salvaged a little bit out of the middle and added plenty of salt and ended up with this: 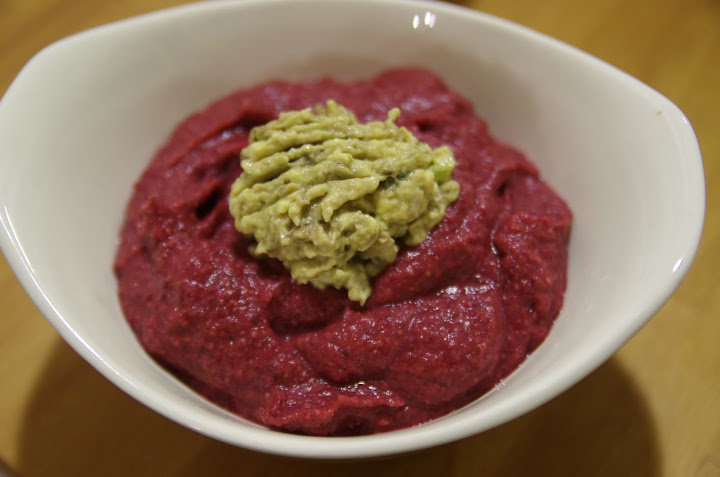 yes.Â  apparently the color of beets is similar to the flavor of cucumbers in that it is all pervasive.Â  i was only able to eat maybe half of this.Â  i am so ready to be done with this cleanse.Â  one.Â  more.Â  day.

One Response to clean: day 20, which i learn that a little goes a long way in the blender