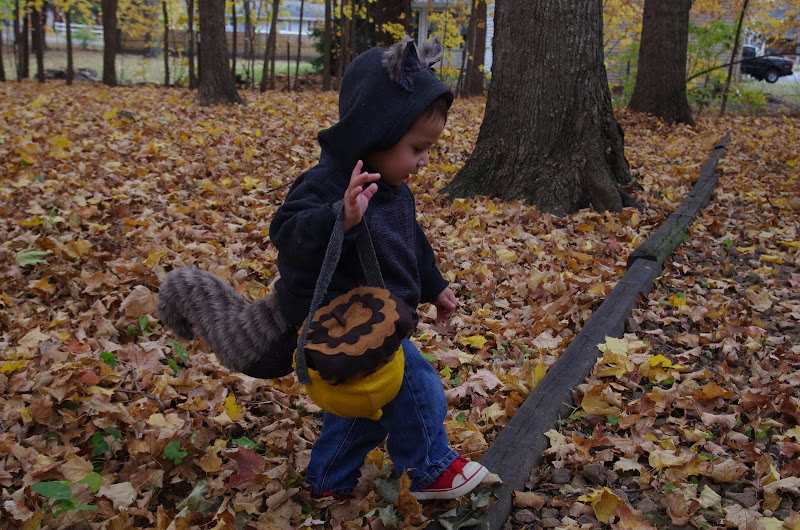 i decided pretty early this year that i thought baby dude would make a pretty cute little squirrel for halloween and although i looked for an easy, mass-produced squirrel costume, i only found one and it was scary (since it incorporated a squirrel’s face on top of where my kid’s face would appear, not because it had bloody fangs or something), so i decided i could whip something up all by myself.  it was actually pretty easy and if anyone is interested, i’ll put together a set of patterns and post them here. 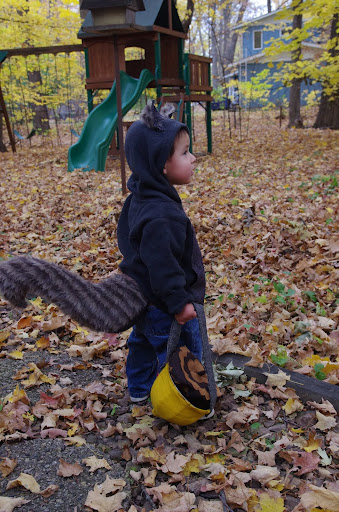 the trickiest part was probably making the acorn treat bag that i realized would be the crowning touch and most helpful costume-identifier.  i might be able to put together a pattern for that too, but it was a bit more slap-dash and the cap doesn’t really fit very well, but i’m still pleased that it’s easily identifiable as an acorn! 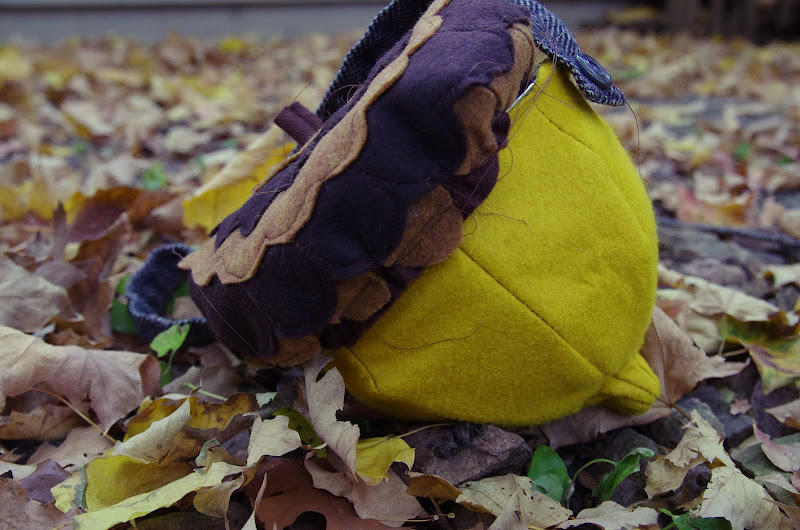 we went trick-or-treating tonight with friends and our little mr. social had a blast going from door-to-door, charming strangers, trying to go into several of the houses, saying “thank you!!” with conviction, and going strong for over an hour, walking on his own two feet.  i’m glad he’s not really aware of the allure of candy yet this year, but next year we may be visited by the halloween fairy. 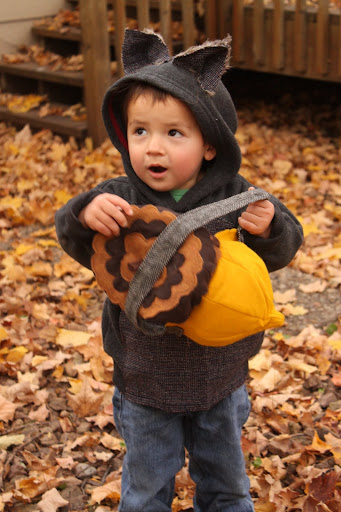