whew.  we made it back from our epic holiday journey a few days ago and although the suitcases and boxes of presents have all been unpacked and put away and the laundry has even been washed, the unpacking of the over 700 photos we took has been slooooooowwww….  we had such a nice time and i have so many happy moments to share with you, but if i try to do it all in one post, i’ll never get through it, so…. how about a slow trickle?  i’ll start with photos of the library bags i made for my nephews and filled with books, a movie and a music cd*.

first, i found a use for that cute japanese linen tape from good-ness: 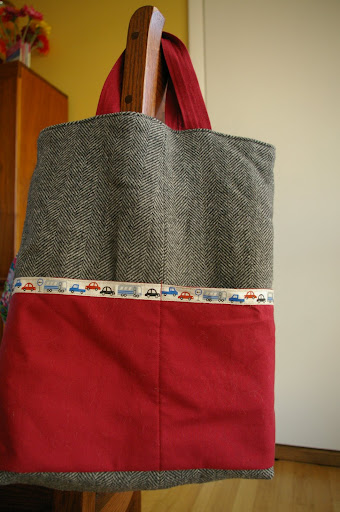 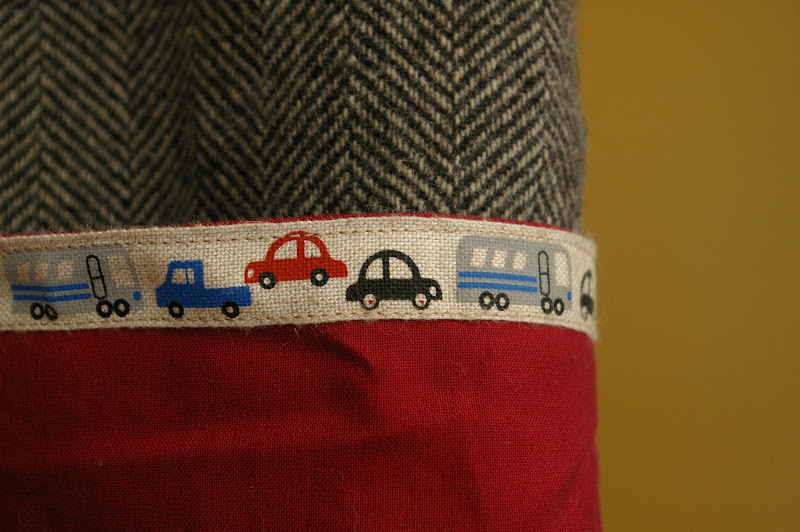 and bag no. 2, featuring some super cute japanese robot fabric that i’d bought in minneapolis: 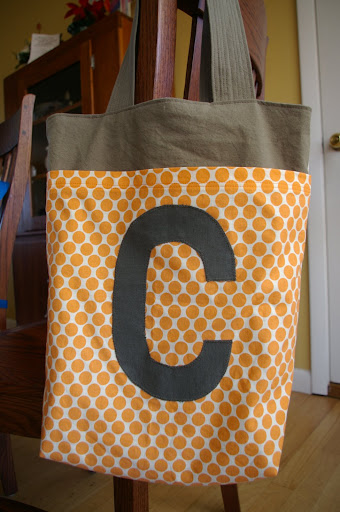 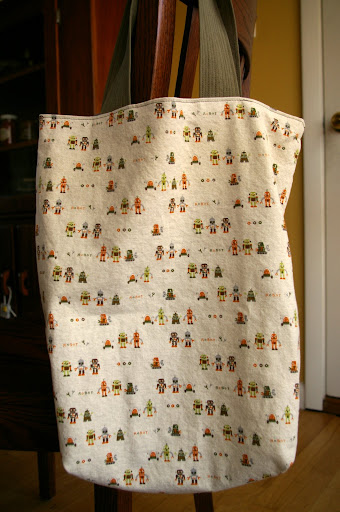 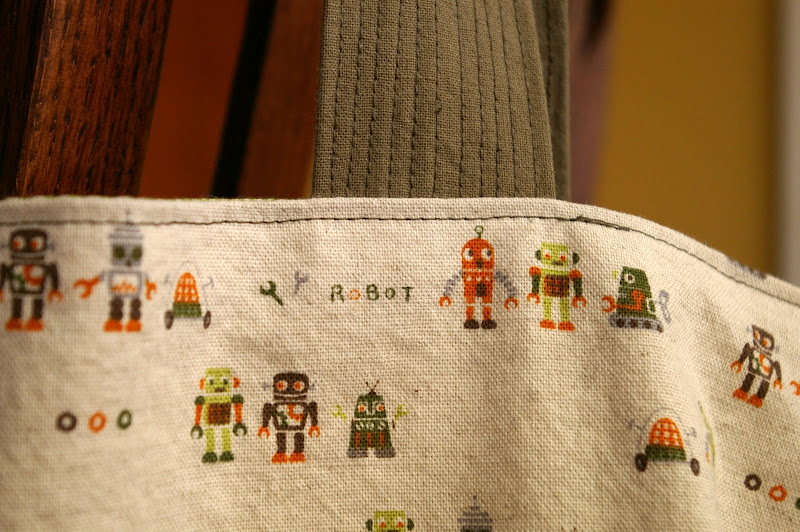 i was very happy with the way they turned out and i hope that my nephews enjoy them too!

i’ve blogged before about nat hussey, but you might notice from the list above that i found one other new favorite (relatively obscure) children’s music artist this year–johnny bregar.  i wanted to blog about him earlier, but i was waiting for his third cd to come out.  see, i first listened to his music when i saw the artwork for his (then unreleased) third cd posted on zooglobble.  the artwork was so attractive that even after i went to look up his first two albums and saw their tragic artwork, i still gave them a fair shot and… i have to say that i like the music on his earlier cd’s better than his newest release.  maybe you’ll feel differently, but i am a huge fan of the hootenanny album and dragonfly is only fair to middlin’ for me.  either way, johnny bregar is definitely worth a listen.  you can hear generous samples of all of his music (and most of the rest of the songs listed above) at cdbaby.

This entry was posted in crafty stuff, reviews. Bookmark the permalink.