this year, my two oldest nephews are both old enough to enjoy playing dress-up and so i decided to create a costume suitcase for each of them. sadly, i wasn’t organized enough in the hustle and bustle leading up to christmas to get photos of the complete contents, but here is a list of what i included (in case you’re ever stumped as to what to include in a boy’s costume box… it took me a little digging) and some action shots of the favorite items and their recipients.

ingredients for a dress-up box for boys:
1 vintage suitcase (optional, of course, but adored by both boys. although the vintage travel stickers that i created to cover up the small imperfections in these vintage cases were removed promptly by one nephew and supplemented with nativity stickers by the other.)
2 satin capes (i ended up sort of using this pattern, but ended up altering it by removing the collar she included and adding a collar made from satin blanket binding instead.  oh, and i made two of the capes smaller, inspired by the fact that one of them was created from the back panel of an adult pajama top, so i just used the natural shape of the shirt itself.  both worked fine.)

2 felt crowns (similar in style to this one, but in felt–i can’t believe i have no pictures of any of these.  i ended up making a total of seven to give to various favorite children in my life because they were soooo easy to make.)

2 chef hats (made from the pattern in this book)

a wallet with fake credit cards

“deelie bopper headbands” (i found short ones with a fluff of fuzz on top that i hoped would not shed glitter and would be less likely to get twisted out of shape quickly… sort of like these.  you can see them on the floor in the last photo.)

other things i could have added (or could add in the future) include:  aprons (to go with the chef hats), dino-tails, elf or jester shoes and/or hats, wigs…. 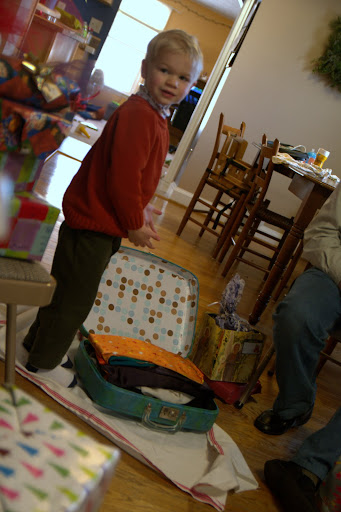 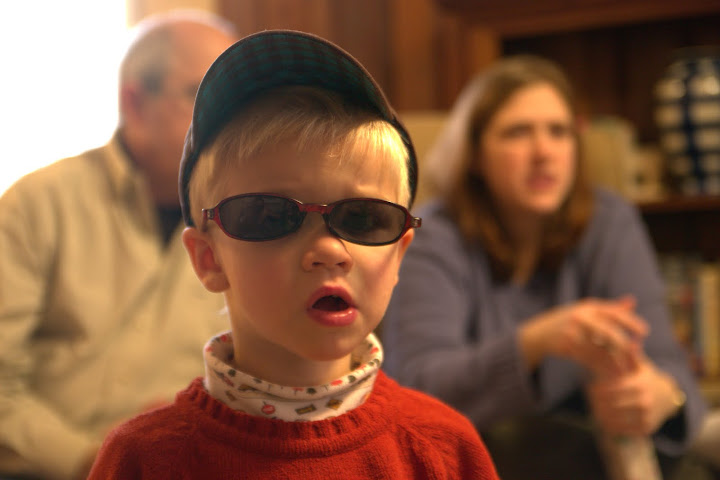 (the sunglasses, despite their crookedness, were the first big hit of the box) 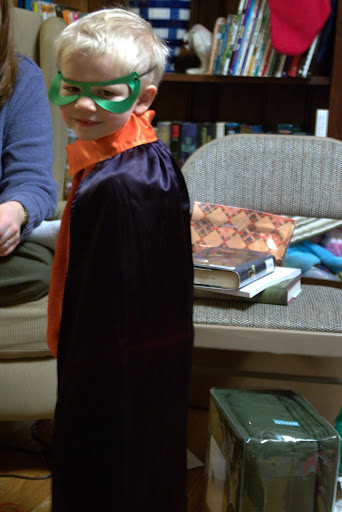 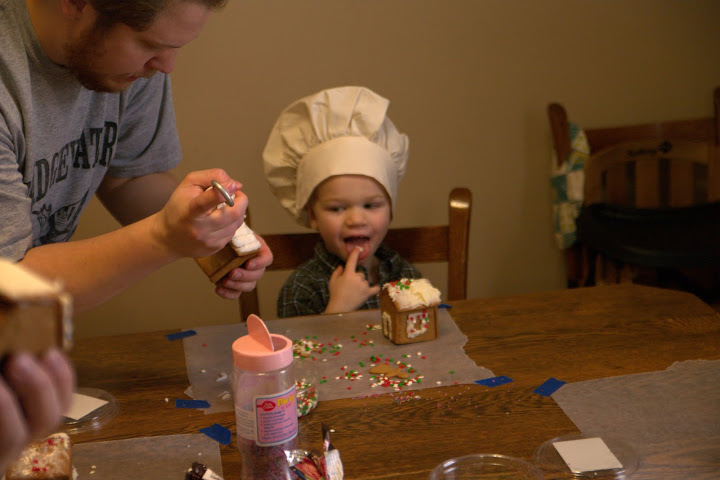 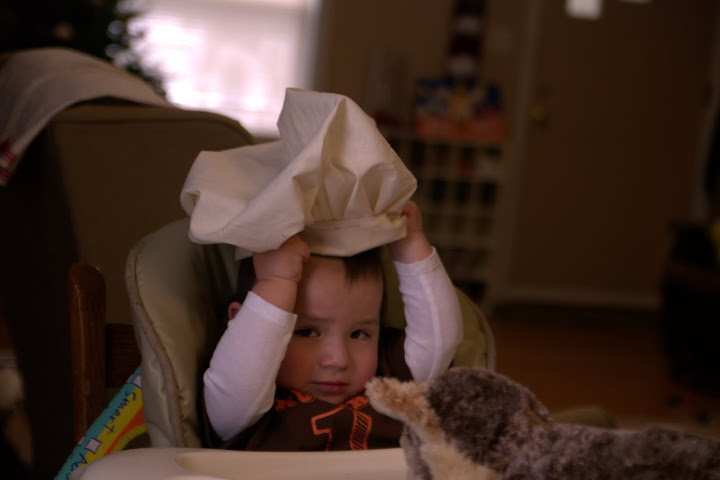 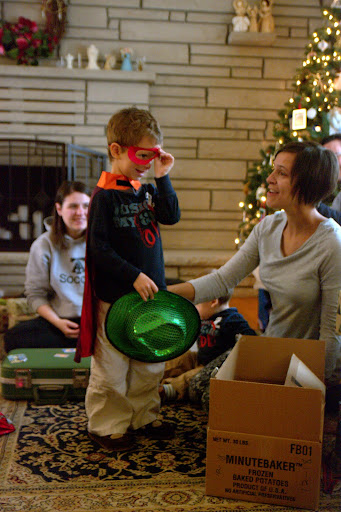 although i did my best to keep licensed characters out of my kits, this outfit immediately became known as “super why” to this little fan of the show.  i wish i had a video of him trying to put the cape on by himself the first time.  it took a number of attempts, but he was a pro by the end of the day and had worn the cape and mask almost the whole time.  he also carried the suitcase with him everywhere and even asked if he could sleep with it.  his brother was willing to try out the chef hat. 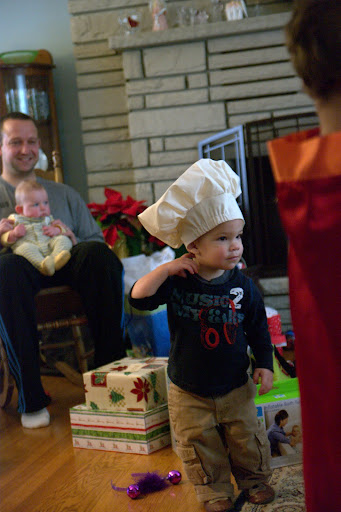 i had so much fun putting these kits together and it was very gratifying to see them being enthusiastically received.  i hope to create a similar kit for the happy baby when he gets a bit older.

the only other handmade gifts i made this year were a nail clipper case for my sister pretty much like the one i made awhile back, and a crochet needle roll-up case for my sister-in-law that turned out pretty well (if i do say so myself) but which i took zero photos of.  sigh.

This entry was posted in crafty stuff, fun stuff, stuff that makes me smile. Bookmark the permalink.

2 Responses to dress-up suitcases for boys