i finally got my hands on a library copy of lotta jansdotter‘s book, simple sewing for baby and it is so inspiring!  in fact, despite my pile of things to do (top of the list:  take care of baby who is developing a shorter nap habit, yikes!) i dropped everything to make two projects right away.  first, i tried a bib.  i made some adjustments to her pattern instructions and made it two layers instead of one (my laminated cotton material was curling up and wouldn’t lie flat, so i added a flannel back) and my serger was acting up at the time, so instead of serging the edges, i sewed it inside out, turned it and edge-stitched it.)  and i left off the pocket (out of sheer laziness).  the extra brown piece around the neck was because i only had a quarter yard of the laminated cotton and i wanted the pattern to go in this direction and i thought that maybe flannel would be softer on the back of the neck than plastic anyway.  i’m not necessarily advocating that others make these changes (in fact, i can see how there could be some inherent flaws in wearing a bib that doesn’t absorb liquid or have a pocket…. can you say soggy lap?), but just wanted to explain why my bib looks different than the one in the book. 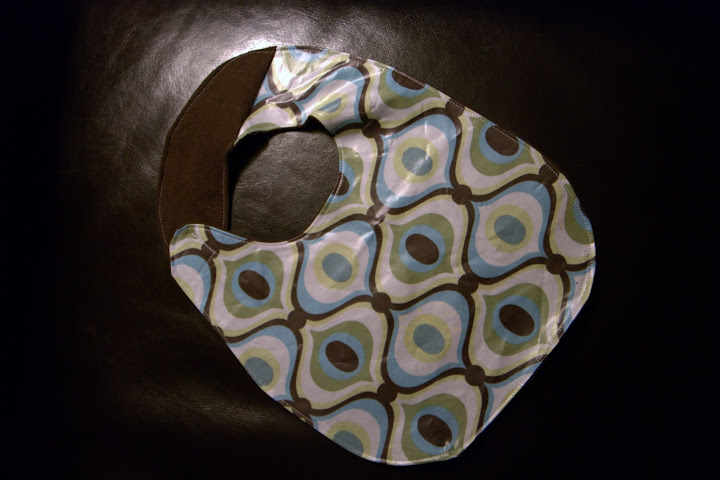 the second thing i made were the super cute bloomers.  i love this pattern and may have to make more of them.  i also love that the way she’s sewn and styled them in the book they are completely appropriate for boys and not just for wearing under dresses anymore.  the only changes i made to this pattern was to use a contrasting fabric for the bias trim around the leg holes (it’s hidden on the inside) because i didn’t have enough of the plaid to cut a bias piece and i still had some leftover bias-cut brown from the quilt i just made.  i was a little confused at first about how those leg holes worked (i thought the brown would be visible) but when i studied the pattern and the pictures a little more closely, i figured out my mistake before they were sewn together wrong.  here’s my version of her bloomer pattern on my own cute little model: 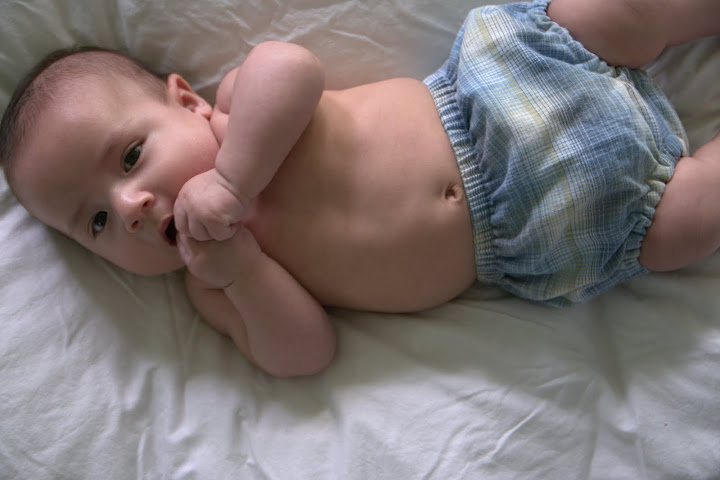 i’m pretty sure i need to own this book.

This entry was posted in baby stuff, crafty stuff. Bookmark the permalink.